Sailing the Inside Passage to Alaska - Winter Sailing Seminar #2

How many of the world's countries are landlocked?  Which country has the longest coastline? 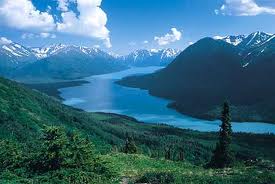 
Our second seminar in the series is this evening (Thursday, January 26th),
Sailing the Inside Passage to Alaska by Erwin Oertli. 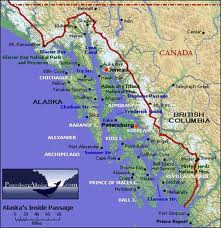 Sailing the west coast of Canada, known as the Inside Passage, is a once-in-a-lifetime adventure. From August 6-24, 2011, Erwin  completed a voyage from Prince Rupert, British Columbia to Juneau, Alaska and back aboard his Hobie 33. Erwin has also completed several other voyages around Vancouver Island, along the British Columbia coast, and in the Sea of Cortez in the Hobie and in a 38-foot Seafarer cutter-rigged ketch, which he also sailed in the Caribbean. Erwin's Hobie is based in Utah Lake during the summer, with occasional side trips to Strawberry Reservoir in years when the water is low in the lake.

Next week (February 2) we will have a Shipwrights Workshop by Dewitt Smith. “Boatbuilding Techniques from 100 years ago.”

Recent TV shows such as “How’d They Do It” sparked the idea for an evening seminar on wooden boat construction techniques from years gone by  .  .  .  Members from the Boatbuilder’s Workshop in Salt Lake City will share their knowledge of:
1 - Joggle Sticks and Fairing Battens
2 – Making up a watertight plank seam
3 – Filling a screw hole with a bung
4 – Making Marine Paint
5 – Twist-laid ropework
Everyone gets to share this hands-on experience using methods of boatbuilding: design & layout, using a caulking iron & mallot, hiding fastners, finishing your boat in traditional fashion, and making up rigging in manila line.  Come see “how they did it”!
DeWitt has been building boats of all types since he was a teenager. If you have even the slightest curiosity of how boats are designed, constructed or repaired, this will be a great seminar to attend.

The seminars will be held at the Utah Lake State Park Visitor's Center.
Thursdays  7:00 - 8:30 PM
No registration required.
Seminar Information and Schedule

Trivia answer: Only thirty nations of the world are landlocked! Of the rest of the nations that have a coastline, Canada leads all the world with 56,453 miles of coastline! The next closest country is Indonesia with 33,987 miles.** From sea to sea to sea brings on a whole new meaning!