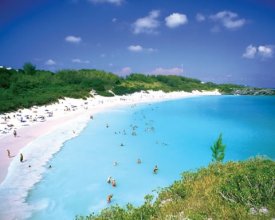 Douglas Hendricks has sailed across both the Atlantic and Pacific oceans.  He has sailed in the Mediterranean, the Caribbean, Tahiti, Thailand, Hawaii and the Bahamas in addition to many years sailing up & down the California coastline. If you've ever thought about sailing across an ocean then this seminar is for you. You'll find out what "blue water sailing" is like and what skills, equipment, and preparations are needed to make the voyage safely. This seminar is a condensed version of the Offshore Passage Making class that Doug will be teaching this spring.  Whether or not you are interested in sailing the oceans, this will be an interesting and informative seminar.

Next week (January 26th) will be on Sailing the Inside Passage to Alaska by Erwin Oertli.

Sailing the west coast of Canada, known as the Inside Passage, is a once-in-a-lifetime adventure. From August 6-24, 2011, Erwin  completed a voyage from Prince Rupert, British Columbia to Juneau, Alaska and back aboard his Hobie 33. Erwin has also completed several other voyages around Vancouver Island, along the British Columbia coast, and in the Sea of Cortez in the Hobie and in a 38-foot Seafarer cutter-rigged ketch, which he also sailed in the Caribbean. Erwin's Hobie is based in Utah Lake during the summer, with occasional side trips to Strawberry Reservoir in years when the water is low in the lake.

The seminars will be held at the Utah Lake State Park Visitor's Center.
Thursdays  7:00 - 8:30 PM
No registration required.
Seminar Information and Schedule

Trivia answer: For over forty years, the Bermuda Triangle has been popularly known for supposedly paranormal disappearances of boats and aircraft. This imaginary triangle, also known as "Devil's Triangle," has its three points at Miami, Puerto Rico, and Bermuda. Actually, despite several factors which should contribute to higher rates of accidents in the region, the Bermuda Triangle has been found to be no more statistically dangerous than other areas of the open ocean.

For more trivia on Bermuda take this fun quiz.