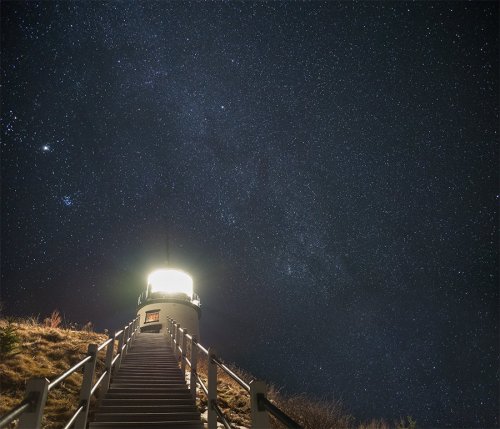 Owls Head Light State Park, open year-round, provides lovely views of Penobscot Bay. The pretty little lighthouse and keeper's residence are part of the park but not accessible, though that doesn't prevent a ghost from trespassing. The 3-year-old daughter of previous keepers once awakened her parents and announced, "Fog's rolling in! Time to put the foghorn on!" They discovered she had an "imaginary friend" who resembled an old sea captain. Current residents recognize his footprints in the snow and welcome his servicesâ€•polished brass and frugally lowered thermostats. 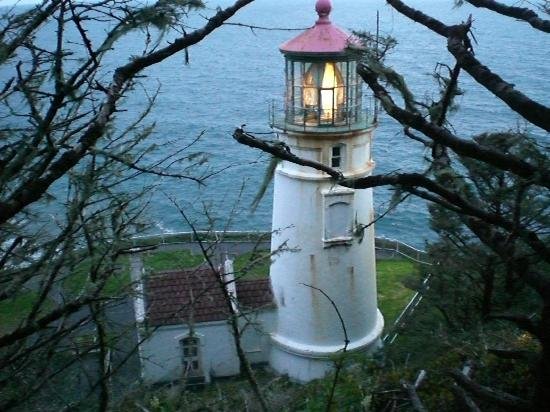 Rue (such a perfect name for a ghost!) doesn't like changes. She's been blamed for setting off a fire alarm and moving random objects during work on the keeper's house, which is now a bed-and-breakfast. Overall, though, the "Gray Lady" (so nicknamed because of her sometimes-wispy appearance) comes across as rather benign. She supposedly manifested herself to one worker in the attic, scaring him badly. He refused to re-enter the room, even to clean up the glass from a window he broke while working outside. Another worker investigated and found the glass swept into a neat pile. 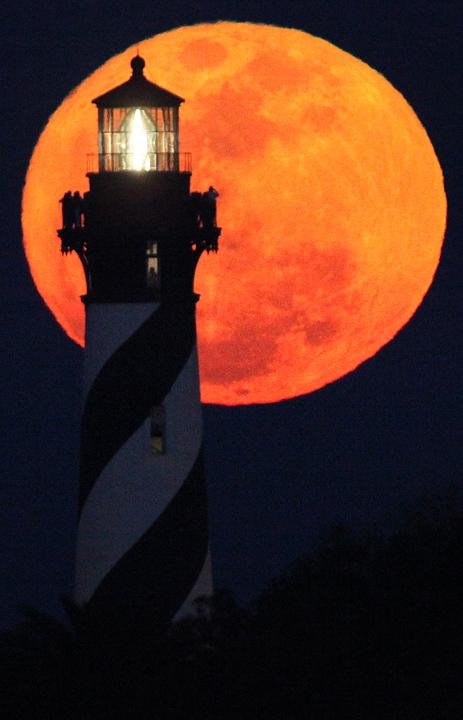 The scent of cigar smoke is sometimes detectable in the oil-house building. Records show no fatal oil-house explosions, but any ghost who smokes around flammable liquids must not be the brightest bulb in the U.S. Lighthouse Service. Tour guides claim to hear someone climbing the tower steps, but the footfalls fade away, and no one appears at the top of the tower. This lighthouse's collection of spirits also apparently includes a prankish girl in the keeper's dwelling, a tall man in the basement, and a merchandise-disturbing poltergeist in the gift shop. The St. Augustine Lighthouse & Museum doesn't exactly encourage these spooky speculations, but its website does at least acknowledge their existence. It also provides a factual history of the seven people known to have died on the lighthouse grounds. 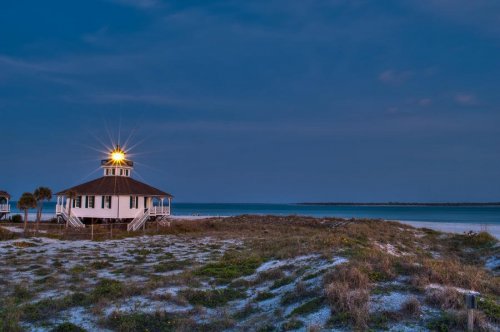 This lighthouse and the assistant keeper's dwelling stand on a sunny Gulf of Mexico beach near Fort Myers. A museum in the lighthouse building and the surrounding Gasparilla Island State Park make the island's southern tip a nice place to visitâ€•by day. By night, as one worker put it, one might encounter "some things that are a little bit weird." A young girl, presumably the ghost of a keeper's daughter who died in the building, can be heard giggling and playing upstairs. More ominously, the headless body of Josefa, a Spanish princess decapitated by a pirate, wanders the sand.


. . . and what would Halloween be without a scary pirate or two?
Crew of the Black Pearl

for all of our sailing friends in Germany...
(Sprechen Sie deutsch?)