ADVENTURE  CRUISE  TO   LONG  BEACH,  CATALINA  ISLAND,  OR  BOTH 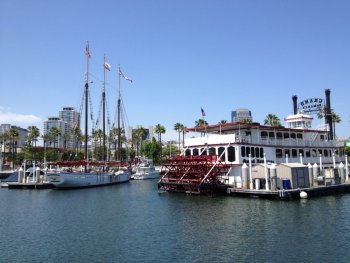 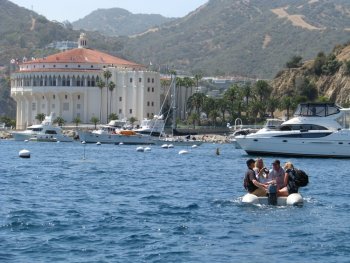 Crew heading for the adventures of Avalon

Long Beach / Catalina Island
Week long sailing adventure, October 14-19, 2013
Sail aboard a Beneteau 40 and/or a Lagoon 38 Catamaran
Choose from Plans A, B, or C

On our last adventure cruise to Catalina Island, by some lucky circumstance, I found myself berthed on the Beneteau 40, next to our Lagoon 38.  Ever since then, we've been working on plans to offer both the Beneteau 40 and the Lagoon 38 as a sailing vacation idea.
We will sail off Long Beach (the start of the venerated Transpac Race) in a Beneteau 40 for two days, and then jump ship to a big cat, and sail to Catalina Island for 3 days. If you have any "charter anxiety" this is a perfect opportunity to gain some important sailing skills. This is also great preparation for our April, 2014 BVI Flotilla.


Transpac 2013 now in the history books
( an interesting read )

The TransPac race to Hawaii sees its first boat across the line, after 5 days, from Long Beach to Oahu. Congratulations to Tritium Lending Club. West Coast Warrior, had an eventful crossing, as told by Keith Magnusen:

So the last two days have been eventful. After hitting something a few days ago we lost about 40% of our boat speed and driving was next to impossible. It got worse. Yesterday we were checking the rudder out again and found the bearing was being pushed up and eventually to the point where water was seeping through and about 2″ of bearing was showing. Sails down and time to work. We put the emergency rudder in and took off the quadrant. Webb managed to bang the bearing back down and get it all hooked up. Only about an hour’s worth of work. Still some binding but… we are able to break free! Turn from J-120 to J-125… fun.

Last night we saw 24kts of wind and were ripping along under the 4A. I was able to hold it on the step for extended amounts of time, this is the boat I love. I head off watch and bam! The tack line fails! Someone undersized the nice strop holding the ferrals that were put on in place of blocks… Wonder what rigging company did that? Anyone who wants to know can email or PM me… or ask at the bar. Don’t worry only another 15 minute delay. Funny thing is we are still averaging faster than FunnelWeb through all this. That goofy thing looks like it needs 100kts of wind to get
going! 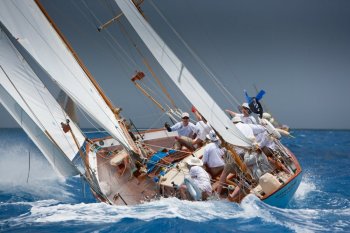 Although Tritium was first over the finish line, the 1930's wooden yawl Dorade wins the 2013 Transpac on corrected time. A geat story of a returning champion. 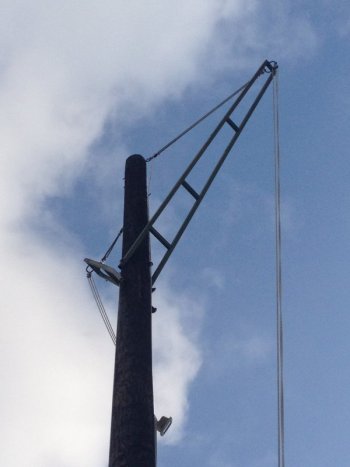 Park Manager Jason says our mast crane proposal sounds good. We are still searching for a 40 foot long telephone poll. We have had a few responses and appreciate all of you searching for us, and would ask you to continue to search. Please let us know if you find one. We are interested in donations as well. So far, we have raised $500 towards a mast crane. If we have our own crane, in the park, ready to use whenever we want . . . no more $100/hour crane service to deal with . . . but we need your help/donations.


YOU CAN HELP WITH DROPPING WATER LEVELS!

The lake level continues to drop...and you can do something about it. As simple as writing your legislator. If the shallow spot in the fairway, leaving the inner harbor, could be dredged, we would have another month of sailing out on the lake. I've bottomed out 3 times this week and it won't be long until the boats have to come out. Dredging this shallow spot (3.5 ft.) would extend our season by at least 4 more weeks. Drop your legistlator an e-mail and let them know about your concerns. 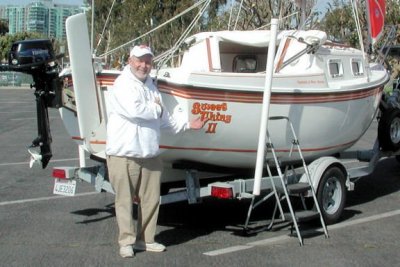